I think you will agree with me when I say there are very few people who enjoy cleaning. People are always looking for cleaning solutions that will save them some time. Fortunately, today we have a multitude of different cleaning products and devices that help save us time and make our lives easier. One such device is the Roomba robotic vacuum cleaner. 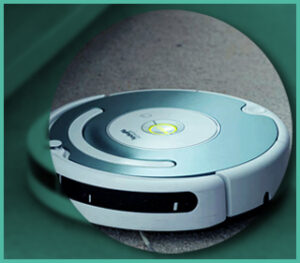 Who wouldn’t love to have a vacuum cleaner that can be scheduled to clean up a mess in our home, while we are sleeping or while we are doing something that relaxes us and makes us happy, right? However, even with those things that seem ideal at first glance, something can always go wrong, and some people learned that the hard way.

It’s likely that a friend of yours has told you to google that funny story about the guy whose Roomba completely messed up his apartment by spreading dog poop all over it, because it‘s funny. Your friend is right, the story is funny indeed, but you won‘t believe the amusing details of it.

If you’ve been thinking about getting a Roomba or any robotic vacuum cleaner, and you’re a proud parent of a dog who sometimes sees the floors in your home as an ideal place to poop, then you should think twice about it! Read the following story carefully. It’s worth it, I promise.

Imagine leaving your Roomba to clean your home overnight, expecting to find spotless clean surfaces in the morning, but instead of that, you find your floors and carpets coated with dog poop.

This happened to a man named Ryan Landy. In July 2019, he made a Facebook post about his frustrating experience with Roomba and dog poop that went viral, stating that he would need therapy because of it.

My new Roomba ran over my dog’s shit and proceeded to “clean” the rest of my house. I’m going to need therapy.Go follow my movie Instagram: @rylanfilms I follow back!!

Ryan is not the only one who has faced this kind of a poop disaster. Three years before his unfortunate experience, the same thing happened to a man named Jesse Newton, whose story was shared by USA Today.

He discovered that something was wrong when his four-year-old son crawled into his bed at 3 AM, smelling like feces. Jesse first cleaned the boy and then spent the next three hours cleaning up the mess that arose when the Roomba ran over the dog poop.

Do not, under any circumstances, let your Roomba run over dog poop!

We could say that in this infamous “clash” between Roomba and the dog poop, the robotic vacuum cleaner lost the battle in the end. In other words, Jesse also tried to clean the Roomba, but it died after he threw it into the bathtub filled with water, forgetting to take the battery out prior. His wife Kelly slept through it all carefree and woke up later that morning. 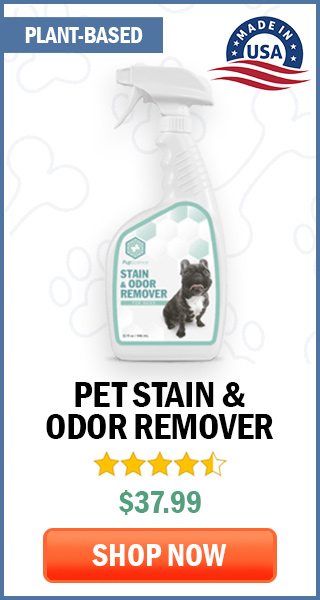 Many people would probably throw away the rug covered in dog poop immediately, but Jesse tried to save it because his wife adored that rug. He wrote on Facebook:

“Then you get out the carpet shampooer. When you push it up to the rug – the rug that started it all – the shampooer just laughs at you. Because that rug is going in the trash, folks. But you shampoo it anyway, because your wife loved that damn rug, and you know she’ll ask if you tried to clean it first.

Then you get out the paper towel rolls, idly wondering if you should invest in paper towel stock, and you blow through three or four rolls wiping up poop. Then you get the spray bottle with bleach water and hose down the floorboards to let them soak, because the poop has already dried. Then out comes the steam mop, and you take care of those 25-ft poop trails. And then, because it’s 6 AM, you go to bed. Let’s finish this tomorrow, right?”

I’m sure if Jesse had a really good quality pet stain remover like the PUP Science Pet Odor & Stain Remover on hand, he might have been able to save his wife’s favorite rug. If you have encountered a similar “poopocalypse” related to Roomba and dog poop, as Ryan and Jesse did, here you can find helpful tips on how to remove pet stains most effectively and find out which pet stain remover is best for the job.

Anita Vrdoljak
Anita is a professional writer with a master’s degree in journalism. She has specialized in investigative and tech journalism. Her passion is to compare everything and to help others find the best solution as quickly as possible. She is the mom of Greyhound Aria.