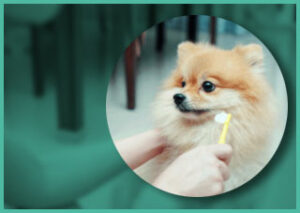 The Pomeranian is one of the varieties of the German Spitz breed. Initially, these dogs weighed up to 66 pounds, and over time they became shorter and lighter. The average lifespan of these dogs is 12 – 16 years.

Despite their seemingly thick coat, Pomeranians are prone to hypothermia in cold weather, so it’s mandatory to keep them indoors.

Pomeranians are very active dogs, they like to bark and show a “big dog” attitude, despite their size. They are known in the world as one of the breeds that gives the least number of individuals in a litter – from one to three puppies per litter. They are playful and their attention span is very short, so they need to be provided with as many toys as possible to have fun during the day. It is also necessary to take them for moderate daily walks in order to expend energy in a quality way.

Do Pomeranians Have Health Issues?

Pomeranians are generally resistant and healthy, but due to poor hygiene of the neck, teeth, and eyes, certain health issues may arise. They have thin and weak teeth that can potentially fall out prematurely, so feeding them with wet food is recommended. They also tend to overheat very quickly, due to increased physical activity at high temperatures and humidity, and this can cause heatstroke.

In order to inform you about other potential health issues that can occur in Pomeranians, we have compiled a list of issues that have been reported in this breed over the years.

Diseases and hereditary health issues that can occur in Pomeranians are the following:

You can avoid most of these problems if you get a Pomeranian puppy exclusively from a responsible breeder who maintains the highest health standards of this breed that are established by kennel clubs.

The goal of this list is to inform you about the potential health issues so you can recognize them in time and help your pet. It doesn’t necessarily mean that your pet will develop some of the above-mentioned health issues, but it’s good to be aware of them.