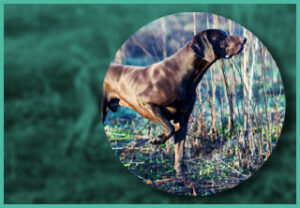 The name Pointer usually refers to the English Pointer breed. However, in addition to the English pointer, there are several other pointers, and some of the most popular are the German Shorthaired pointer and the German Wirehaired Pointer. Below you can find out which health issues are characteristic for each of these three breeds.

Keep in mind that this doesn’t necessarily mean that your dog will have these problems, but he has a higher risk for those health issues than dogs of other breeds.

It’s impossible to predict whether and when a dog will get sick, but by purchasing puppies from responsible breeders it’s possible to reduce the risk of certain diseases. 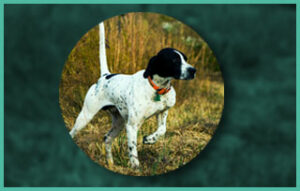 English Pointers are generally healthy dogs, but they still have a risk of developing certain diseases. Their average life expectancy is 12 to 15 years. Unlike some other breeds, in which health issues start to appear at an early age, in English Pointers it happens somewhat later. In order to inform you about the potential problems, we have compiled a list of health issues that have been reported in this breed.

The health issues that have been reported in English Pointers so far are the following:

The health issues on this list have been reported in this breed over the years, but that doesn’t mean they will surely occur in your pet as well. 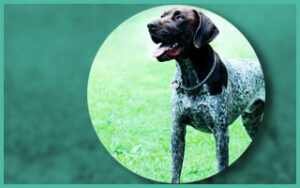 The German Shorthaired Pointer is generally speaking a healthy breed. Their average life expectancy is 12 to 14 years. However, just like all other dogs, they can be affected by certain health issues. The following list of diseases is not arranged in any particular order, meaning that these dogs are not more susceptible to the diseases at the top of the list and vice versa.

The health issues that have been reported in German Shorthaired Pointers are:

German Wirehaired pointers are considered to be healthy dogs, with an average life expectancy of 12 to 14 years. However, there are certain health problems to which they are more prone than other dog breeds.

The following list of common health issues in German Wirehaired Pointers is not arranged in any particular order, which means that there is no greater risk of developing diseases that are at the top of the list and vice versa.

The health issues that German Wirehaired Pointers are prone to more than other dog breeds are the following:

Although these diseases have been reported in German Wirehaired Pointers, it doesn’t mean they will certainly occur in your pet. The aim of this list is to inform you about potential risks so that you are aware of the issues you need to pay attention to when it comes to your pet’s health.