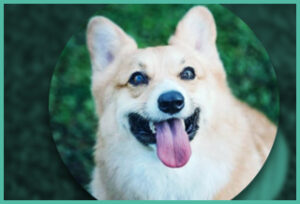 Both Pembroke and Welsh Corgis are very friendly and willing to please the owner. Their devotion and fun character make them the ideal pet for households with children.

Do Corgis Have Health Issues?

The health issues that have been reported in Corgis over the years are the following:

Corgis are prone to the development of combined immunodeficiency, which makes them susceptible to the development of other problems, most often skin and respiratory diseases. Corgi puppies can develop these conditions as early as six weeks of age. To prevent this from happening, screening tests need to be conducted, especially on the female part of the population (because they are carriers of these genes), which help in the early detection of these mutations and the exclusion of such individuals from breeding. Corgi females have difficulty giving birth so a cesarean section is often indicated.

Since Corgis are one of those breeds with short legs and long bodies, back problems may occur at least once during their lifetime. Therefore, they should avoid going down the stairs and jumping so as not to injure the spine.

This breed sheds fairly so weekly brushing is enough to maintain the coat. Regular teeth brushing, ears and paws checks, and cleaning, especially after walks, can help prevent the occurrence of various health complications.