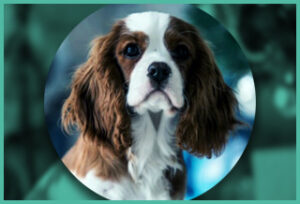 Cavalier King Charles Spaniel is a breed of friendly, sweet, gentle, playful, small dogs often confused with King Charles Spaniel. Dogs of both breeds come from the same ancestor—the toy Spaniel, who was a faithful companion to members of the British royal family. However, they differ from each other.

Like all other breeds, Cavaliers are also prone to some kind of health problems, and because of the very narrow gene pool, Cavaliers are prone to many inherited diseases.
The health issues reported in Cavalier King Charles Spaniels over the years are the following:

Note that the health problems from this list are not ranked according to any particular order, which means that Cavalier King Charles Spaniels are not more prone to diseases that are at the top of the list and vice versa.

We have tried to be as comprehensive as possible, but please keep in mind that this list is not exhaustive so it doesn’t mean that your pet cannot develop a disease that is not on this list.

Due to their short snout, Cavalier King Charles Spaniels can’t inhale a large amount of air at once, so it is harder for them to cool down and they are susceptible to heatstroke. To prevent this, avoid taking your dog in hot weather and always provide him enough water. Their short muzzle makes Cavalier King Charles Spaniels susceptible to respiratory problems as well.

Regular check-ups should be introduced from an early age as an integral part of your dog’s life. If you want to get a healthy Cavalier King Charles Spaniel puppy, do so exclusively from reliable breeders. Reliable breeders will provide you with certificates that confirm that puppies are free of genetically inherited diseases and that they have received all the necessary veterinary care.

King Charles Spaniels are very affectionate towards people and they don’t like to be left alone at home for too long. This can make them anxious and eventually lead to the development of undesirable behaviors, such as excessive barking for example, by which they want to draw attention to themselves.

It’s required to brush your Cavalier three to four times weekly. Especially check the hair on the ears and legs and comb it, because it’s prone to tangling. You’re supposed to clean Cavalier’s ears regularly.